Work has been undertaken over the last 2 years on a range of amines from the main European suppliers. We have tested DCHA, Corrguard EXT, Genamin CH 020, Synergex T and Synergex ex Taminco, OPM/OPM+ biocide ex Nimac Ltd, DGA, MDEA. These amines have been tested as the sole stability agent, and also in combination with Phenoxyethanol, OPP and MIT/BIT.

The testing has been done using re-circulation tests where 6 litres of metal working fluid emulsion is circulated using a small pump, and the emulsion held at about 30oC. The emulsion is inoculated with a spoilt emulsion on a weekly basis and then bacteria levels measured weekly.

These tests have not yet been completed, test work never is. However some of the findings are noted below. 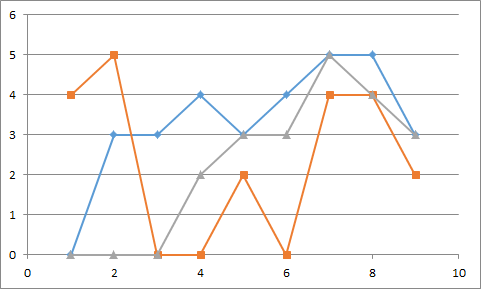 These tests were done with Synergex amine.

The y axis is log the bacteria population orgs/ml.

The y axis is the number of weeks.

OPP would appear an interesting option in water-mix metal working fluids as a fungicide and in combination with other active ingredients as part of a bio-stability package.